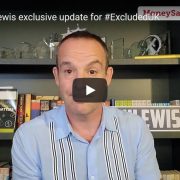 Money Saving Expert founder Martin Lewis has announced¹ exclusive news about a possible 4th SEISS Grant for self-employed people. The Self-Employment Income Support Scheme (SEISS) offers direct financial support from the Government for those self-employed people who have seen a significant drop in profits due to the coronavirus pandemic, where eligible. He says the official announcement is currently scheduled for 3rd March 2021 during the Chancellor of the Exchequer’s Spring Budget.

Applications for the current 3rd SEISS grant closed on the 29th of January. The fourth SEISS grant period will cover the months February, March and April. Martin’s exclusive information suggests:

“… there will not be an announcement made on the amount of that grant and who is eligible […] until the budget, which is on the third of March. So over a month after the grant period starts, there won’t be news on exactly how much money you can get, and who is going to get it.”

He goes on to say:

“I doubt this actually means that people will receive their money any later, relatively, than they have done in the prior grants, because you’ve never been able to apply on the first day of the period”

Martin goes on to confirm that he suspects END_OF_DOCUMENT_TOKEN_TO_BE_REPLACED