tax blog
You are here: Home1 / tax blog2 / Council Tax3 / The Shocking Truth about Tax on the Poor Have you ever wondered how much of one’s total income is taken up in tax? And I don’t mean just Income Tax. I mean in ALL taxes paid by ordinary taxpayers throughout the course of a year. Such a figure would need to take into account National Insurance (income tax in all but name, some might say), the insidious Value Added Tax or ‘VAT’ – which on its own is a hefty 20% tax on what is often already taxed money for most ordinary taxpayers, and don’t forget to include Council Tax and finally, of course, Income Tax itself.

Well, the answer may surprise you. Before seeing the answer, though, try The Guardian’s little quiz about this and see how you get on. There are only 8 questions, and for each you simply choose from 4 possible answers – so it’s quick to complete and, once submitted, you are immediately taken to a feedback page where you will be told how your answers compared to the average respondent and, more interestingly, what the correct answers were. It’s interesting to note that, in a joint poll by The Equality Trust and Ipsos MORI, nearly 70% of people drastically underestimated how much the poorest pay in tax, as a percentage of their total income. They also over estimated how much the richest pay as a proportion of total income. This wide misconception is due to most people incorrectly focusing only on Income Tax alone which, in reality, only makes up a small proportion of total taxes paid throughout the course of a typical year.

Spoiler alert: be warned that I’m shortly going to divulge the answers so, if you haven’t yet taken the quiz, perhaps take it now before reading on.

Having personally never done the sums, I was actually shocked by the truth. When you discover the actual percentage of total income taken in tax from the poorest 10% of Britons, and then compare it to the percentage paid by the richest 10% of Britons, the answer is, for me, rather scandalous.

When you take into account all tax (including VAT, Council Tax, NI and Income Tax) the poorest 10% of Britons pay back a staggering 43% of their total income as tax. You read that correctly … 43% of the UK’s poorest people’s income is taken as tax.  Even when you take just VAT alone, it becomes apparent that the poorest 10% pay roughly twice that of the average household, as a proportion of total income, and almost three times that of the top 10% (for Council Tax alone the imbalance is even worse and, indeed, the European Commission has recently called upon the Government to reform their ‘regressive’ Council Tax system so as to impact less heavily upon the poorest households). But I still can’t get over that overall 43% figure – it’s a shocker! It is no wonder that the poor tend to stay poor.

So what about the richest and those in the middle? Well, they both pay about 35% in taxes overall but remember, that still leaves the very richest people with 65% of a whole lot of money. For me the imbalance in respect of the poor needs sorting out and sorting out sooner rather than later. 96% of those polled in the survey agreed that we need to overhaul the tax system to make it more progressive.

If you need help sorting out your tax to make sure you pay only the correct amount – so as to minimise at least the Income Tax element of the tax you have to pay – then Taxfile in South London can help. We deal with tax returns on your behalf, help with tax refunds, sort out incorrect tax codes, offer general tax advice and help to make sure you include all allowable expenses in your returns, and much, much more. Simply contact us and one of our tax agents will be happy to help. 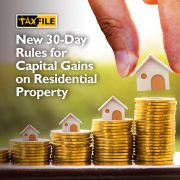 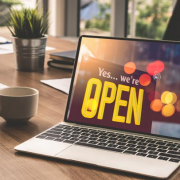 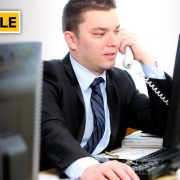 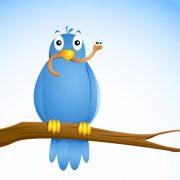 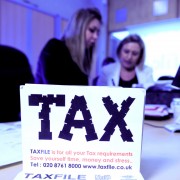