The full speech transcript can be read here or alternatively view the following video recording: END_OF_DOCUMENT_TOKEN_TO_BE_REPLACED

This is all an important step towards the creation of a global standard in tax transparency and information sharing, an initiative originally agreed END_OF_DOCUMENT_TOKEN_TO_BE_REPLACED 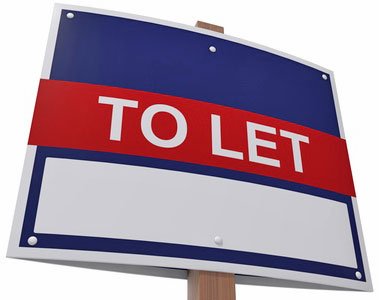 HMRC (Her Majesty’s Revenue & Customs) has announced some new initiatives over the course of the last month and one of these is The Let Property campaign which is a campaign designed to recover undeclared tax from those receiving income from residential property lets. The idea is to encourage those landlords with under-declared income or gains (potentially including income tax, Capital Gains Tax and VAT) to contact them in order to make a full disclosure. By doing so they may well avoid the higher penalties which may be applied to them should HMRC discover the undeclared income/gains via other means. Don’t forget that they now have access to information shared across systems, including in relation to properties both at home and abroad, as well as being gained through their digital intelligence system ‘Connect’ which identifies links between individuals, entities and properties. So the message to landlords is loud and clear!

The campaign applies to landlords whether they have just a single property or a large portfolio of properties and encompasses lets to students, business workforces and the holiday market. END_OF_DOCUMENT_TOKEN_TO_BE_REPLACED

“Marriage is a great institution and it helps to build good and strong societies so I think it’s right to back marriage properly in the Income Tax system – most other advanced industrial countries do and it and we should do it too.”

So on the eve of the Conservative Party Conference at the end of September, the Prime Minister began to unveil plans for a new allowance which will benefit an estimated 4 million married couples, including 15,000 in civil partnerships. It is aimed at those who are not in the higher tax-paying rate (so those couples with a taxable income of less than £42,285 in the tax year 2015-16) – so will benefit only those on a middle or lower income. END_OF_DOCUMENT_TOKEN_TO_BE_REPLACED

On September 1st 2013 new legislation kicked in which allows HMRC automatic access to data showing payments made to businesses via credit card, going back as long as 4 years. HMRC will receive this information direct from the companies who process credit card payments on behalf of businesses (‘merchant acquirers’).

No personal data identifying the card owners, nor the credit card numbers, will be supplied as part of the data — it will primarily show the quantity of transactions and values credited to any particular business via credit card. On its own this may reap £50 million per annum in otherwise ‘lost’ tax revenue and the exercise will be helped by HMRC’s ‘Connect’ system which compares data coming in from various sources and cross-refers for consistency. The scheme’s implementation has been aided by a £1 billion budget given to HMRC aimed at tackling tax evasion and fraud.

If you’re ever wondering why you were sent form SA302 through the post, it will usually be for one of 3 reasons:

You will also have received a covering letter explaining the period under scrutiny, the income tax due (or owed) for that tax year with a note of when it’s payable, an explanation of any changes made by HMRC to your figures and lastly information relating to any payments on account which may be required for the next tax year. END_OF_DOCUMENT_TOKEN_TO_BE_REPLACED

Have you ever wondered what other services the Taxfile group can help you with? Well, find all the answers in the new downloadable brochure, which outlines services undertaken at the various different offices in both South London and Exeter, Devon. From accountancy and bookkeeping for SMBs to simple tax returns for individuals and right through to the most complex of complicated tax issues – we’re here to help and the new brochure gives you all the contact details for each office including address, email, telephone, Skype ID, how to book appointments on-line and, finally, what discounts are available – both to new and existing customers – it’s all there … or rather I should say … it’s all here! (A4 PDF format, less than 1MB).

One of the better tax-related things to come out of the Chancellor’s recent budget is the potential help some struggling companies may receive from HMRC. Companies who anticipate making a trading loss in the current tax year may be allowed to take the anticipated loss into account earlier than previously possible, when scheduling payments of Corporation Tax or Income Tax. Such businesses will no longer need to wait until the end of their complete accounting period (which is often some considerable time ahead) before they can take probable losses into account for payment of tax. Qualifying businesses may be able to agree extensions to the time in which they can pay with a couple of provisos: firstly that they really are likely to make a trading loss in the current year and secondly that they are genuinely unable to pay straight away or enter into a reasonable instalment agreement with HMRC.

Since launch, more than 110,000 businesses have already agreed deferred tax payment arrangements, equating to around £2 billion. Typically, repayments are scheduled over 3 to 6 months. The scheme is administered by the BPSS (Business Payment Support Service).

For further information and help with any of your tax affairs, contact Taxfile, accountants based in Tulse Hill, South London (tel: 020 8761 8000) or go to the relevant HMRC web page.

In his 2008 Pre-Budget Report speech on 24 November, the Chancellor has set out his actions for supporting people through the difficult times of the current global financial crisis. Among the most important changes to do with tax, VAT and benefits, we can mention the following:
•Personal tax allowance increases to £6475, and the basic rate tax limit to £37,400 from April 2009. This means that basic rate taxpayers will pay £145 less tax a year in 2009-10;
•Basic Personal allowance for individuals with income over £100,000 to be reduced to half its value from April 2010;
•Personal allowances will be scrapped for those earning in excess of £140,000 a year from April 2010.
•A new, higher rate of Income Tax of 45% will be introduced for incomes above £150,000;
•Employee, employer and self-employed rates of National Insurance Contributions will increase by 0.5 per cent from April 2011 but those earning less than £20,000 will be exempted.
•The child benefit increases was brought forward to 5th January 2009 instead of April. This is worth an additional £22 on average to families. The commitment to increase the child element of the Child Tax Credit by £25 above indexation in April 2010 will also be brought forward to April 2009.Children will receive a one-off £70 payment for Christmas.
•All pensioners will be paid £60 in the New Year, the equivalent of bringing forward the April increase in the Basic State Pension for a single pensioner to January.In April 2009 the level of a full State Pension will rise in line with prices from £90.70 to £95.25 a week.
•Pensioners on modest incomes will get an increase in pension credit from £124 to £130 and for couples from £189 to £198 from January 2009;
•The standard rate of VAT will be reduced by 2.5% from 17.5% to 15% on 1 December 2008. This new rate will apply until 31 December 2009, when it will revert to 17.5%.This reduction will be offset by increased duties on alcohol, tobacco and petrol.
•The planned increase in the Small Company Rate from 21% to 22% from 1 April 2009 will take effect from 1st April 2010.
•SMEs will be allowed to spread business tax payments over a period to help to ease cashflow and credit constraints.
•Business losses of up to £50,000 could now be offset against profits made in the past three years rather than just one;
Taxfile‘s tax agents recommend the following link for more details regarding the Pre-budget Report.

The 2007 Pre-Budget report issued in October 2007 announced major changes to the way in which Capital Gains Tax will be calculated for disposals after 5th April 2008.
Among the most important changes related to CGT we can mention:

•removal of the link to income tax rates and bands, meaning that various rules providing for the interaction of income tax and CGT rules are no longer required.

•introduction of a single rate of CGT of 18%, replacing the current rules that charge CGT at income tax rates as though the gains were additional income. The flat 18% rate applies irrespective of the type of asset disposed of and the period for which it has been held by the taxpayer.There is one important exception for certain types of business gains that may attract the new Entrepreneurs’ relief. This relief is based on taxing the first £1 million of the gains at 10 %, but even this is achieved by reducing the amount of the relivable gain (by 4/9ths), so that the resultant chargeable gain can still be taxed at 18%!
•abolition of taper relief which normally has the effect of reducing the effective rate at which CGT is paid. It operates by reducing the amount of a gain which is charged to CGT, the amount of the reduction being determined by whether the disposed asset on whose disposal the gain was a “business” or a “non-business” asset, and the length of time that the asset had been owned before the disposal. and

•abolition of indexation allowance for non-corporate tax payers (currently frozen at April 1998) that normally compensates for the effect of inflation by reference to increases in the retail prices index;

•The abolition of the kink test for CGT purposes which means that in future the ”gains accruing on all disposals of assets owned at 31 March 1982 will be based on their market value at that date, so effectively “rebasing” all allowable expenditure to 31 March 1982”(HMRC).

• great simplification of the computation of chargeable gains due to the abolition of indexation allowance and taper relief.
As a large number of entrepreneurs and business owners aim to dispose of their businesses/companies for substantially more than £1 million, they are the biggest losers of the CGT reforms since their CGT rates will generally be much higher than 10%. (Before the 6th April 2008 CGT rate was often below 10% due to the benefit of indexation relief.)
Taxfile‘s tax accountants in Exeter and South London can help you make the most of every opportunity to minimize your tax liability, making sure you are paying the right amount of tax and all this for at very reasonable rates.